Seabourn made a deal with Thomas Keller that has resulted, among other things, in The Grill by Thomas Keller — essentially a Kelleresque version of a floating steak house. There are other Keller touches around the ship but this is the biggest deal and we had Christmas dinner there last night.

Because Keller really does protect his brand, the food was superb; because we were with good friends Tom and Gale, the company was hilarious; and because it was Christmas and everyone right down to the servers was in high spirits, it was very merry. You can’t ask for more.

The meal opened with crudités and green goddess dressing and miniature crispy breadsticks to munch while we ordered. Incredible, hot buttery bread appeared as soon as they were gone. 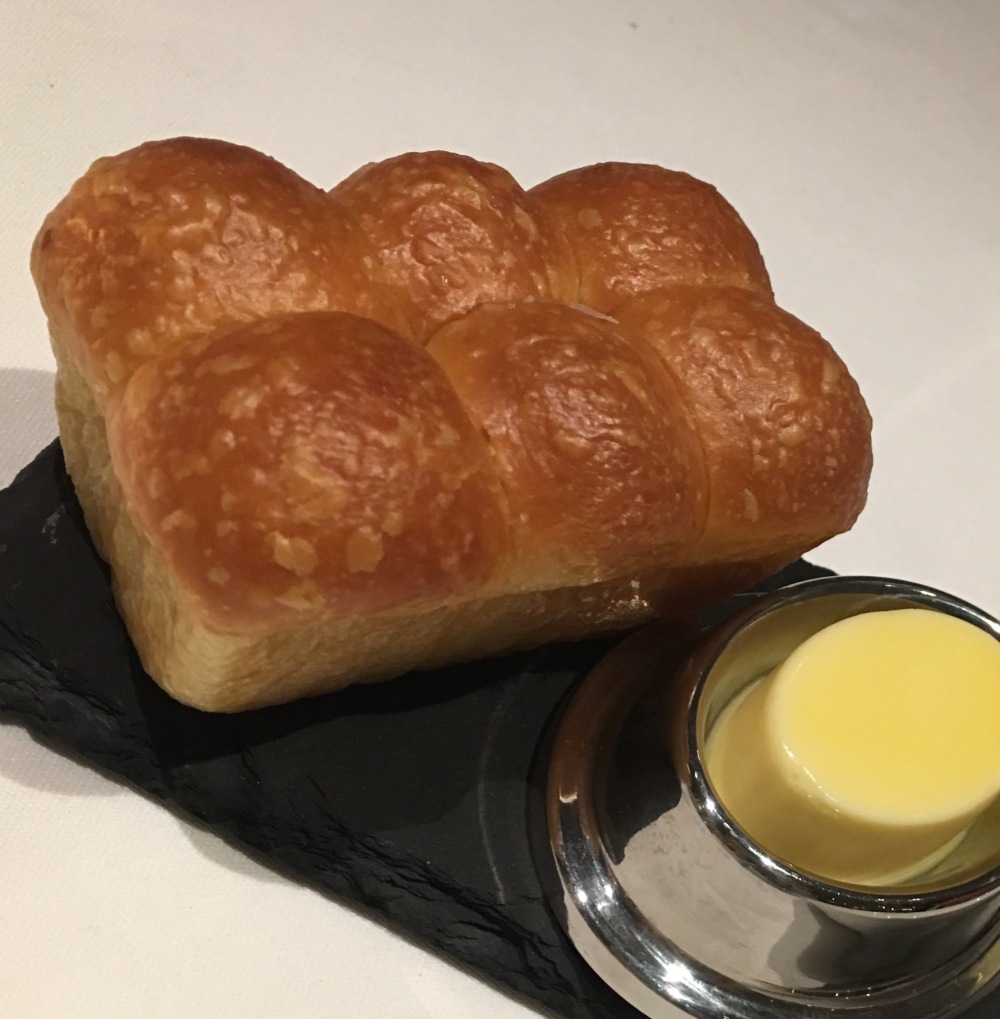 Gale recommendended the Calico artichokes and oh my god. One very Keller thing about the menu is the careful sourcing, and these were big fat California artichokes, poached and marinated so they were packed with flavor before you even dipped them into the garlic mayo. The tanginess of the artichoke made my mouth sing, the scrape of my teeth on each meaty leaf made me feel like a kid again. I haven’t eaten anything that tasted so good, that was also such an enjoyable, tactile experience, in a long, long while.  I will order it each time I am lucky enough to go back. That’s a solemn vow.


Because we could, we had a salad course — a special of baby spinach, bacon, what looked like higher-order Durkee onion rings but were apparently shallots, and red piquillo peppers. Three of us ordered it and I swear I heard moaning around the table. Maybe it was just me.

I remember the first time I ate Keller food at the French Laundry. I wrote something in my food journal the next day that has stuck in my mind because it has become for me the mark of a truly intuitive cook.  I said “[S]omehow Keller walks right up to the edge of ‘too salty’ and stops.”  It’s a standard that is almost impossible to meet, but this salad did it. The fried shallots, the zesty peppers, the cubes of crispy bacon and the sweet dressing were almost, but not quite, too intense for the tastebuds. It was perfect.


Our main courses arrived next. Gale’s filet of  sole was perfect, Jerry and Tom seemed reasonably happy if not ecstatic with their smoked Kurobuta chops (they reminded Jerry that in general he doesn’t like loin cuts of any meat — usually less fat and less flavor.)  Sides were amazing mac ‘n cheese, sautéed mushrooms (so intense with earthy umami that I described them as “the best tasting dirt I’ve ever eaten” and wilted spinach with lemon.
The one false step was my eggplant parmesan, which I had been looking forward to with a ridiculous anticipation. I kept thinking about that ratatouille in the cartoon movie Ratatouille that was modeled on Keller’s cooking and Keller’s kitchen.  Eggplant parmesan is not ratatouille, or even confit biyaldi, but still, I expected amazing things.  And I might have had them were this not the one dish where the chef forgot to stop at the edge of “too salty.” It was beautifully served with fragrant olive oil poured over the top and slices of meaty eggplant in a lovely tomato sauce, and, sorrowfully and saltfully, I had to send it back. 😕
I was full enough that, instead of waiting  for a replacement, I promised myself a second try later in the week and settled for dessert. Absolutely divine seven layer coconut cake, luscious, tender creamy layers filled with coconut. Honestly, a heavenly cloud of rapture. Served with a cup of fresh mint tea with honey, it was a perfect finish. 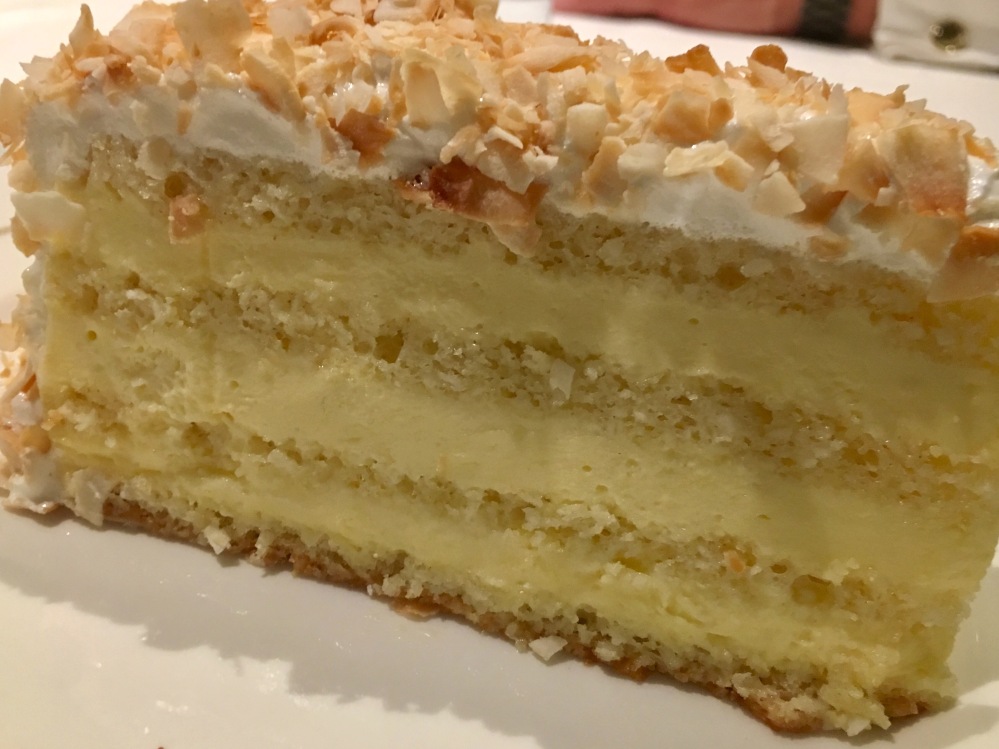 By then we were the last ones there, so Jerry and I took a quick spin on an imaginary dance floor, the servers broke into applause (in gratitude that we were leaving, I am pretty sure), we bid good night to Gale and Tom and strolled down the length of the deck to our room.  A very Merry Christmas. 🎄